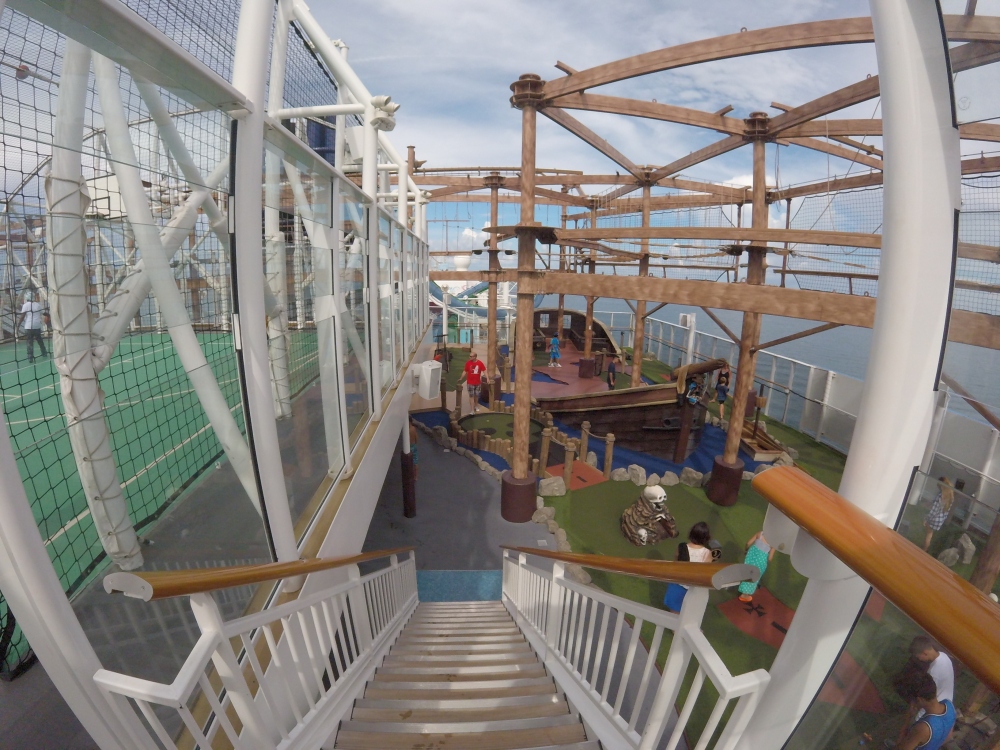 This past summer, my family spent a week on a Norwegian Cruise Ship in the Caribbean. The Cruise left from the port in Miami and travelled to 3 islands in 7 days. We stopped in St. Thomas, Tortolla and Nassau, Bahamas.

My mom has always been critical of cruise ships and as a result, the rest of my family has taken a similar attitude towards them. The cruise ship crowd is not always filled with the classiest of people. It’s a stereotype that those that go on cruise ships are obese and spend their most of their day in the all you can eat buffets. Despite this, my family still enjoys going on cruise ships. This was our second time going on a cruise and the vacation did not disappoint.

The first day on the cruise ship was so overwhelming. Since the ship we were on, The Norwegian Getaway, was brand new, it had some pretty cool features.First, it held just short of 4,000 passengers and had a whopping 1,600 person crew.  It had a theater where my family played Deal or No Deal, a spin-off of the TV hit. The ship also featured over 20 restaurants, mini golf, 4 pools, waterslides, spas, and shops.

There was an overwhelming amount of things to do while on board. The wifi-less vacation was so relaxing. I was never on my phone, because there was nothing I could do on my phone, since we were in the middle of international waters without service. Everyone on the ship was truly in vacation mode. People were so carefree and relaxed. It felt like a real, stress-free vacation.